migraine is characterized by attacks of pulsating, often severe and disabling head pain often accompanied by nausea, and sensitivity to light and/or sound.

migraine is common and debilitating: 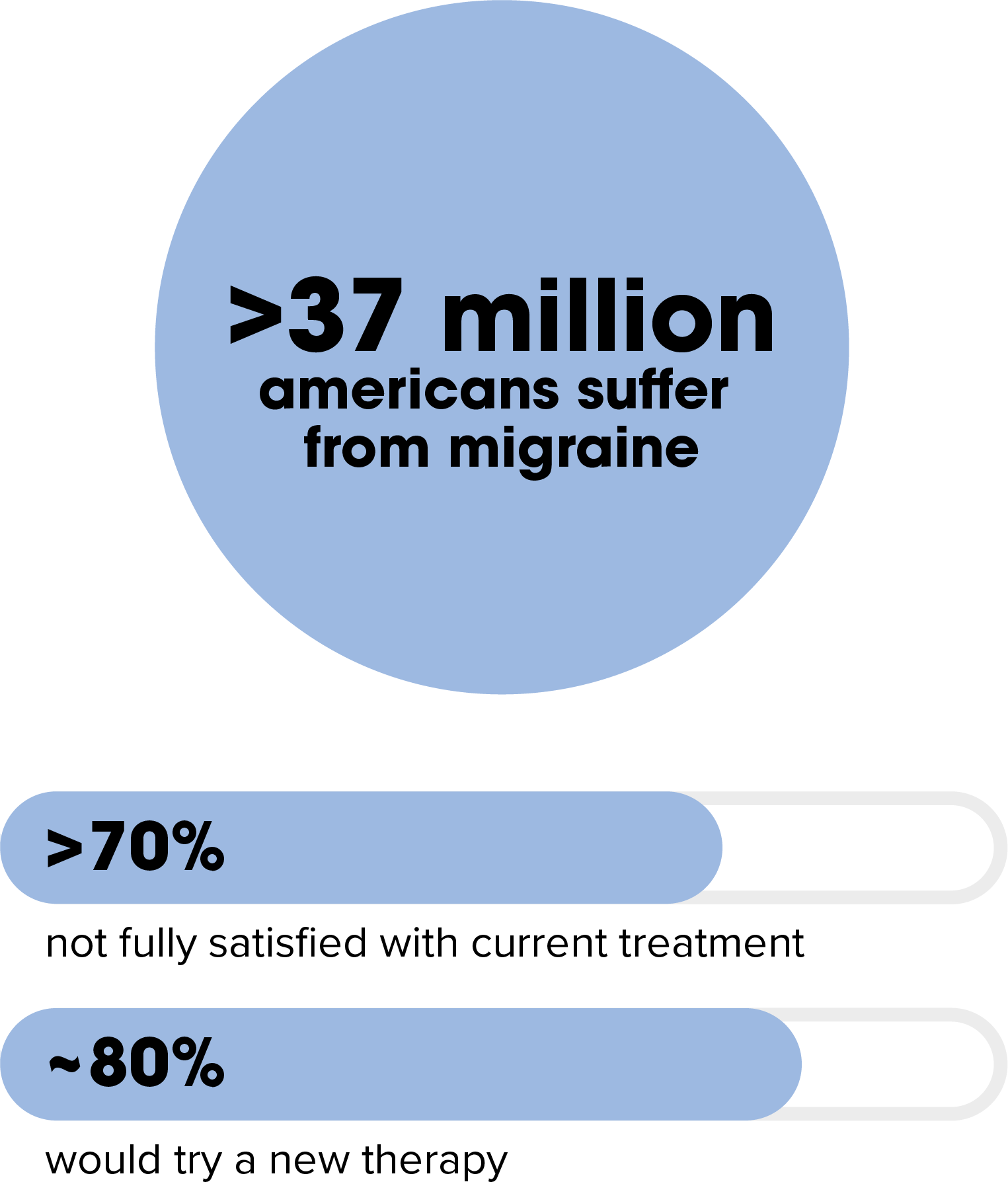 You are about to leave axsome.com