What is Alzheimer’s Disease Agitation?

Alzheimer’s disease (AD) is a progressive neurodegenerative disorder that first shows up as forgetfulness, and advances to severe cognitive impairment and memory loss. People diagnosed with AD also typically have behavioral and psychological symptoms including agitation.

AD itself is a common form of dementia, affecting an estimated 6 million people in the U.S. in 2020. That number is expected to jump to about 14 million by 2060.

Agitation is reported in about 70% of people living with AD 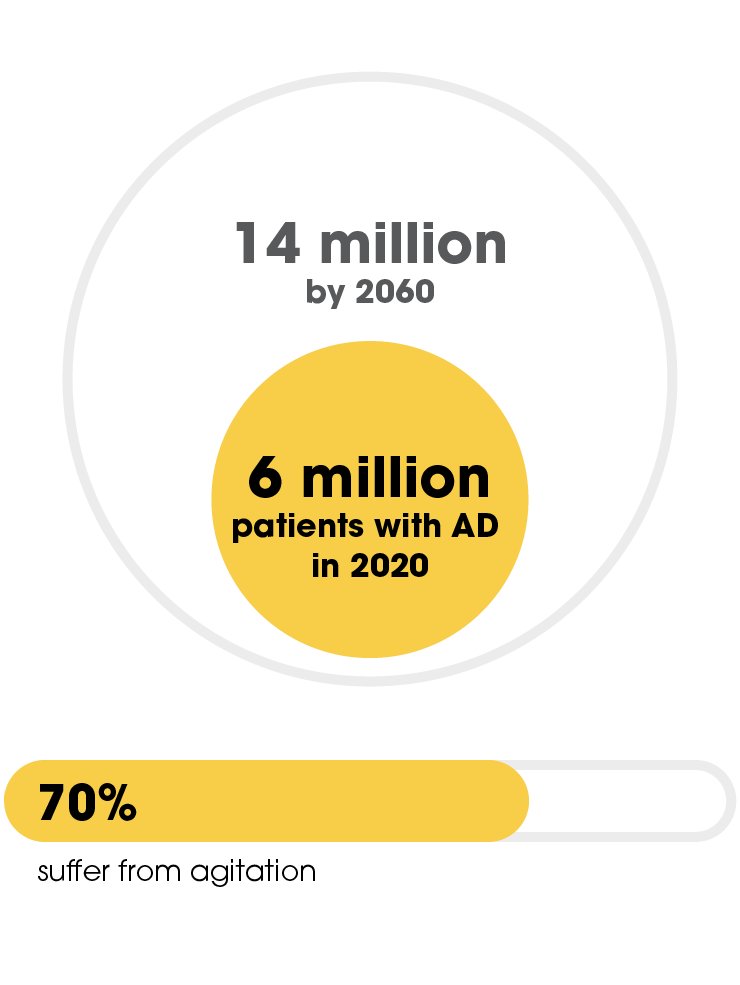