AXS-05 is a novel, oral, investigational NMDA receptor antagonist with multimodal activity being developed for the treatment of central nervous system (CNS) conditions. AXS-05 consists of a proprietary formulation and dose of dextromethorphan (DM) and bupropion.

AXS-05 is an investigational drug not yet approved by the FDA. 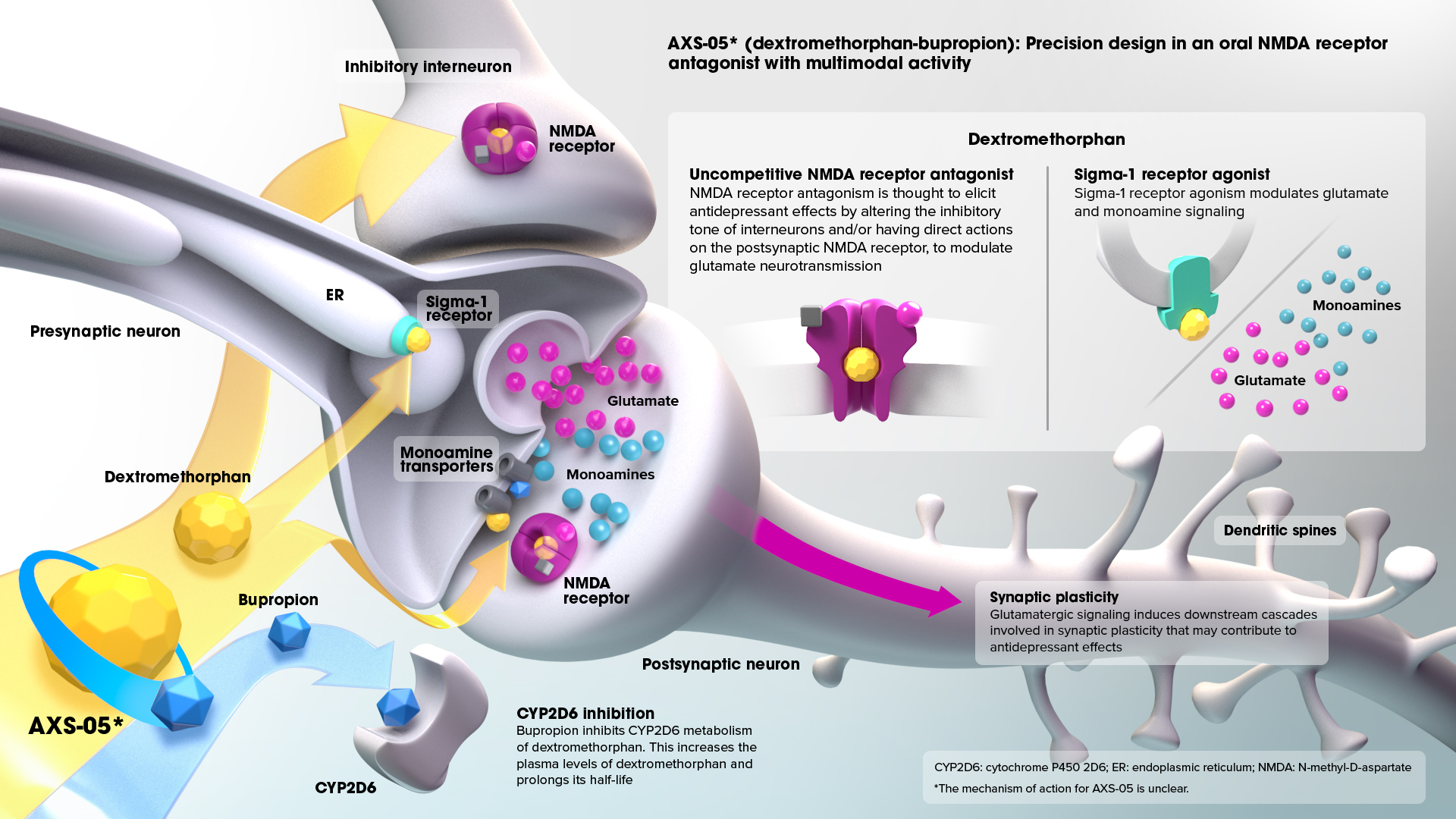